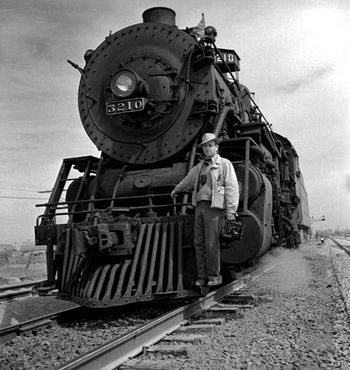 Jack Delano, 1943, from the Library of Congress

A more radical change awaited him when he won a four-month traveling fellowship to Europe, where he not only was influenced by the works of Van Gogh, Breguels and Goya, but by his purchase of a tourist-friendly camera. Upon his return, he felt his original goal of becoming a magazine illustrator seemed “cheap and tawdry, and he aspired to do something greater through photography.

This makes me smile because I am sort of going the opposite direction at the moment. I’m taking my focus from my photography business a little bit in order to concentrate on illustrating a story I wrote. Being a commercial photographer has left me yearning to contribute something much more meaningful to me in the way of writing and illustration, however I always have a story or see a story that I find vital to tell, whether it be told through a pen, a paintbrush, or my camera’s lens.

I appreciate that Delano is considered a Renaissance man in that he was also into documentary film making, illustrating, and music! Anyone who knows anything about me could see why this combination makes my ears perk up! I deeply relate and wish he were around still so that I may ask his advice on how to serve all masters without going mad, and how to focus on just one at a time when in which it’s crucial to do so.

David Gonzalez’s article on Delano and the beautiful photographs:
http://lens.blogs.nytimes.com/2011/10/13/jack-delanos-american-sonata/

Carl Kruse(non-registered)
Love Jack Delano, especially his images made while he worked with the U.S. Farm Security Administration in the early 1940s and his many images of Puerto Rico.